You are here: Home1 / Pre-Major

The CaSB pre-major provides students with broad, foundational knowledge in the sciences–biology, chemistry, physics, and mathematics–plus an introduction to computer science.

All students must complete the pre-major coursework prior to admission to the major.

NOTE: The CaSB Major Sheet is reflective of requirements effective Winter 2022 and forward. For all students admitted to the pre-major or major prior to Winter 2022, please consult your Degree Audit Report and the CaSB Departmental Counselor to confirm your pre-major requirements.

Students need to meet the following requirements to be admitted to the major:

*Students are allowed to repeat up to 2 pre-major courses in which they receive a C- or below. Please see our Academic Eligibility page for more details.

^CaSB made a temporary exception allowing pre-major courses taken between Spring 2020 and Summer 2021 to be taken for a Pass grade. More details on this exception can be found here.

When planning pre-major coursework, students have different options for completing the mathematics/statistics, chemistry, physics, and computing requirements. Based on students’ choice of mathematics/statistics series and intended concentration, students are advised to take certain courses. The decision tree below can help students identify course options. 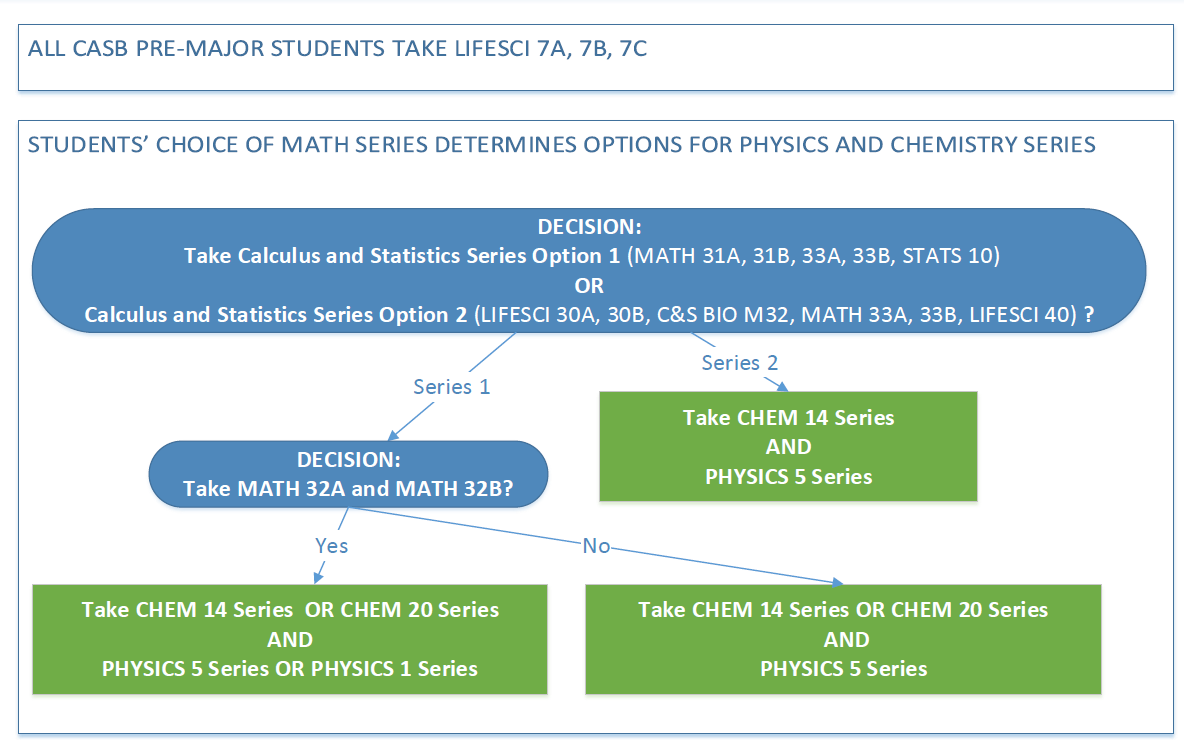 When planning courses, students must be mindful of pre-requisites. The flowcharts below are meant to help students plan out pre-major coursework by depicting the requisites for each series. These flowcharts were last updated September 2021. Always check the Registrar’s Course Descriptions for the most up-to-date requisites.